U.S. Airlines with the Best and Worst Customer Service Ratings are revealed

For purposes of this study, available data from November 2018 through August 2019 was used from air travel consumer reports compiled by the U.S. government. The analysis utilized monthly averages as well as per capita data for the 10-month period. Only results for commercial U.S. airlines were tabulated. 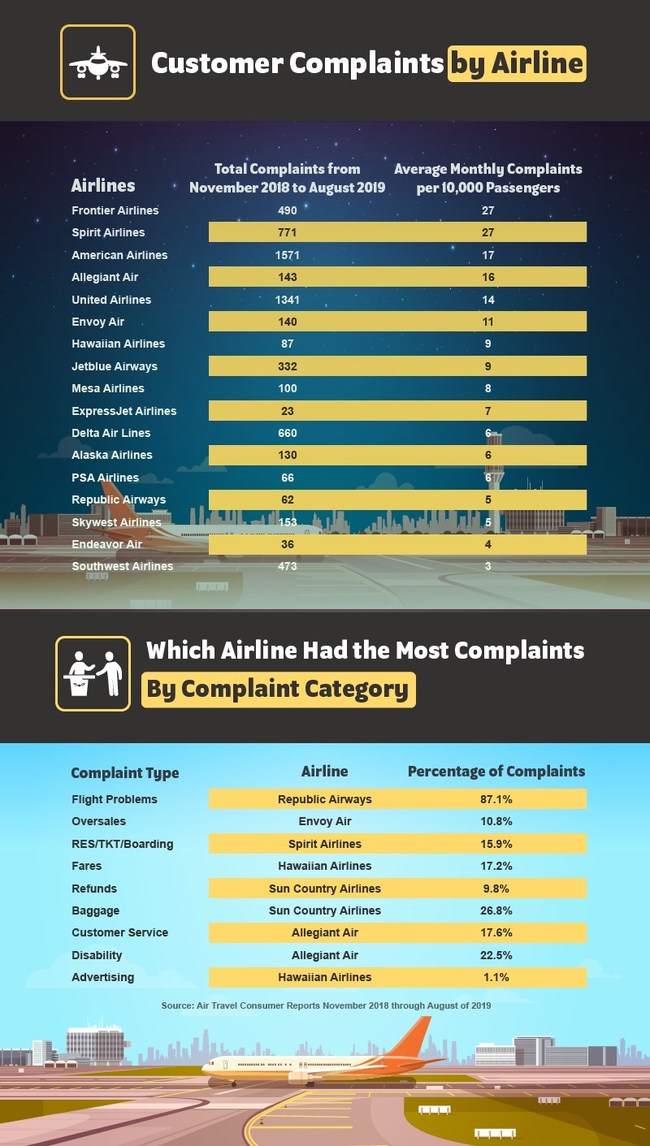 Airlines with the lowest percentage of on-time arrivals: The carrier with the worst record was ExpressJet (70%), followed by Frontier and JetBlue (both of which have just 72% on-time arrivals).

Airlines with the highest percentage of canceled flights: Express Jets leads in this category (4.7% of their flights were canceled), with Envoy Air (3.8%) and Mesa Airlines (3.1%) close behind.

Airlines with the lowest percentage of canceled flights: Delta Airlines has the best record of fewest flights canceled (0.2%), followed by Hawaiian Airlines (0.4%) and Allegiant Air (0.5%). 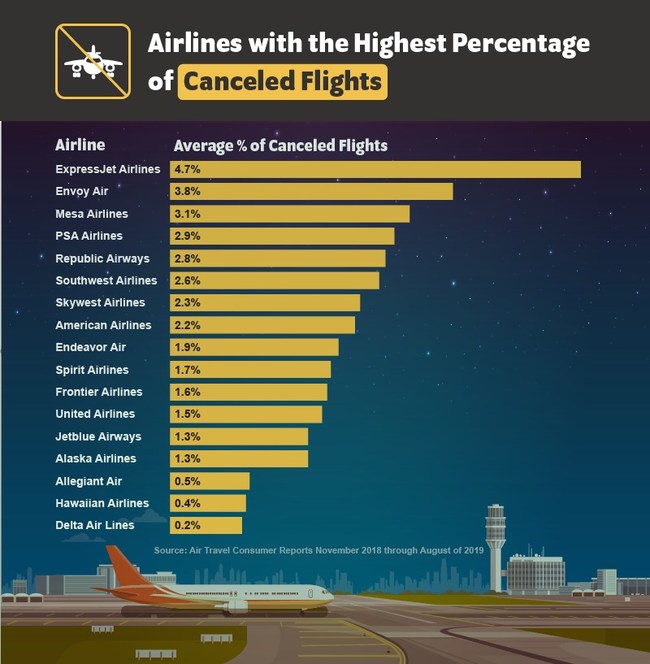 Complaint categories and airlines: The final area covered in this data study concerned airline rankings for each type of complaint. In the area of flight problems, Republic Airways led the group with 87.1% of all complaints registered in that category, 26.8% of all baggage-related issues were reported for Sun Country Airlines, while 22.5% of all issues involving disabled passengers were reported for Allegiant Air.