By Alert On Aug 15, 2019 358
The Metropolitan Transportation Authority (MTA) today announced that a subway customer entering the Fulton Center station at 9:05 p.m. on August 8 provided the one millionth successful tap on the OMNY new fare payment system, a remarkable milestone accomplished at a much higher usage rate than initially estimated.

Traveling to US? Get your sim card here.

“When we launched OMNY a mere 10 weeks ago today, we knew that some New Yorkers would immediately begin paying their fare with a tap,” said Patrick J. Foye, MTA Chairman and CEO. “But even our most optimistic forecasts didn’t anticipate how popular OMNY would become in such a short time. OMNY is an essential part of the modernization of the MTA and its success shows that with the right attention and resources, we can do big things to move our system forward.”
OMNY launched as a limited public pilot at noon on May 31 at 16 subway stations along the Lexington Avenue

line and on all Staten Island buses. Within the first three days, subways and bus customers used OMNY more than 18,000 times, far exceeding original estimates of 7,000 taps in the first week. Nearly three months later, average usage rates are three to four times greater than expected, topping 22,000 per weekday and leading to the million-tap milestone just 69 days after the public launch. Also unexpected was the surprisingly high number of OMNY customers using smartphones for payment, with 80% using through digital wallets compared to 20% using OMNY through contactless cards.
“We’re thrilled that OMNY is getting thousands of customers onto subway trains and buses faster than ever,” said Alan Putre, MTA’s OMNY Program Executive. “Not only are we pleasantly surprised by our customers’ quick adoption of OMNY, but also with the number that are choosing to pay with their smart devices rather than a physical card. This should be a clear signal to the financial industry that New Yorkers are more than ready for the next generation of payment cards.”
Related Posts

Metro do Porto to add support for contactless payments

Contactless payment technology has been readily available for years in many countries where those residents regularly use bank-issued contactless cards for payment. Similarly through OMNY, tourists and non-domestic customers familiar with contactless technology never have to wait at a fare vending machine or station booth, allowing easy and seamless entry into the subway system with their own smartphone or contactless card. So far, customers from 93 countries outside of the U.S. have paid their fares using OMNY, with 62% percent of those customers coming from Great Britain, Canada, Italy, Germany and France.

OMNY, which stands for One Metro New York, is the first transit fare payment system with open-loop contactless payments, which means that riders can pay their subway or bus fare by tapping contactless credit, debit, and reloadable prepaid cards, mobile phones, smart watches, and other wearable devices. It will eventually be available across the MTA’s two commuter railroads as well. For information on how to make contactless payments with OMNY, including an instructional video, click here.
BACKGROUND ON MTA FARE PAYMENTS
contactless payments systemmtaNew YorkomnyPUBLIC TRANSPORT

All SIM card users in Austria must register their prepaid cards by September 1, 2019. 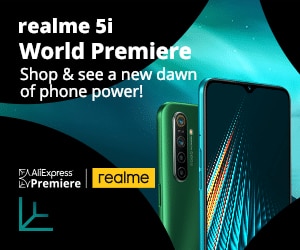