POCO has just launched their latest gaming smartphone, the POCO F4 GT. POCO F4 GT launched and this launched new phone is packed with features that gamers and POCO fans will love. The POCO F4 GT has a large 6.67-inch display, a powerful Qualcomm Snapdragon 8 Gen 1 processor, and up to 12GB of RAM.

“Elliptic Labs continues to deliver powerful software-only AI Virtual Smart Sensors that empower global OEMs like Xiaomi to make devices smarter, greener, and more human friendly,” said Laila Danielsen, CEO of Elliptic Labs. “We are proud that our AI Virtual Smart Sensor Platform™ has enabled our partner Xiaomi to bring many smartphones to market that are delivering on their vision for innovation and growth.” 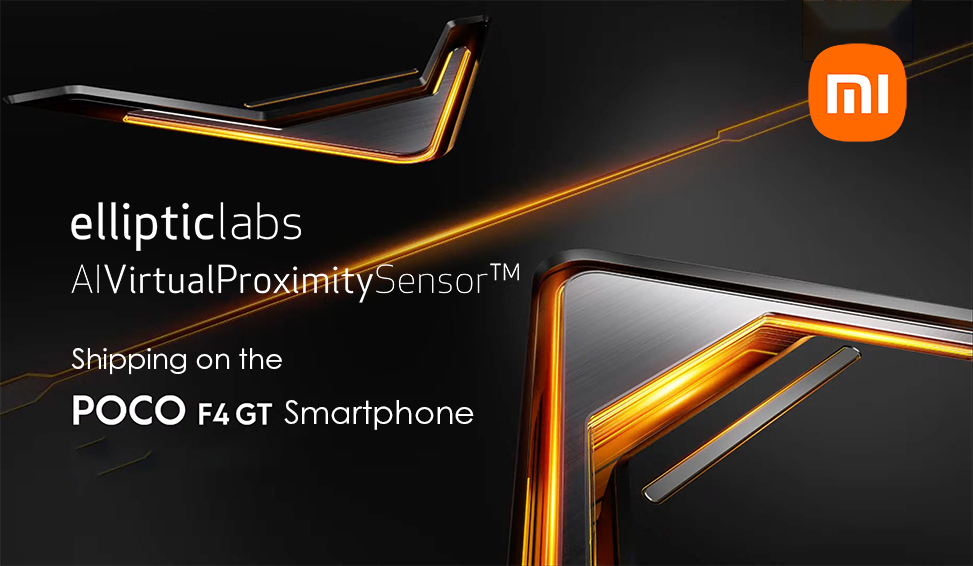 Elliptic Labs’ AI Virtual Proximity Sensor turns off the smartphone’s display and disables the screen’s touch functionality when users hold the device up to their ear during a phone call. Without that capability to detect proximity, a user’s ear or cheek could accidentally trigger unwanted actions during a call, such as hanging up or dialing numbers while the call is ongoing. Turning off the screen automatically also helps conserve battery life. Proximity detection is a core capability that is used in all smartphones across today’s market. Elliptic Labs’ AI Virtual Proximity Sensor delivers robust proximity detection without the need for a dedicated hardware sensor. By replacing hardware sensors with software sensors, the AI Virtual Proximity Sensor reduces device cost and eliminates sourcing risk.

The POCO F4 GT has a large 6.67-inch display, a powerful Qualcomm Snapdragon 8 Gen 1 processor, and up to 12GB of RAM. Plus, it has a massive 4400mAh battery that supports 120W fast charging, so you can keep playing for hours on end.

Elliptic Labs is a global enterprise targeting the smartphone, laptop, IoT, and automotive markets. Founded in 2006 as a research spin-off from Norway’s Oslo University, the company’s patented software uses AI, ultrasound and sensor-fusion to deliver intuitive 3D gesture, proximity, presence, breathing and heartbeat detection experiences. Its scalable AI Virtual Smart Sensor Platform™ creates software-only sensors that are sustainable, human-friendly and already deployed in hundreds of millions of devices around the world. Elliptic Labs is the only software company that has delivered detection capabilities using AI software, ultrasound, and sensor-fusion deployed at scale. The company is listed on the Oslo Børs.

Elliptic Labs is headquartered in Norway with presence in the USA, China, South-Korea, Taiwan, and Japan. Its technology and IP are developed in Norway and are solely owned by the company.