Virgin Mobile is the most complained mobile operator in UK – and broadband, landline and pay-TV provider too!

The quarterly report reveals the number of complaints made to Ofcom between January and March this year about telecoms and pay-TV providers with a market share over 1.5%. It therefore covers the third UK-wide lockdown, when millions of people were required to work from home and many schoolchildren had their studies moved online. More about UK telecom complaints find out below.

This was largely driven by Virgin Media, which was the most complained-about broadband, landline and pay-TV provider. The main reason customers complained to Ofcom about Virgin Media was to do with how the company handled their complaints.

Virgin Mobile was also the most complained-about mobile operator, along with Three; while Tesco Mobile, Sky Mobile and EE generated the fewest complaints.

Lebara Netherlands offers 50% off for 6 months with new Sim…

Sky and EE were also the least complained-about broadband and landline providers, and Sky attracted the fewest complaints for pay TV.

Fergal Farragher, Ofcom’s Consumer Protection Director, said: “These complaints figures are from the peak of the pandemic, which was a difficult time for everyone, including businesses. But some providers clearly struggled with customer service more than others, and we understand how frustrating that must’ve been for their customers at a time when they needed their communications services the most.

“We have been clear to providers that we expect performance to now return to at least the levels we saw before the pandemic hit – or even better.”

The information we publish about complaints helps people compare companies when shopping around for a new provider and encourages firms to improve their performance.

Although Ofcom cannot resolve individual complaints, they can offer consumers advice, and the information they receive can lead to us launching investigations.

Anyone experiencing problems should complain to their provider first. If they are unhappy with the outcome, people can take the complaint to an independent ombudsman, who will look at the case and make a judgment on it. 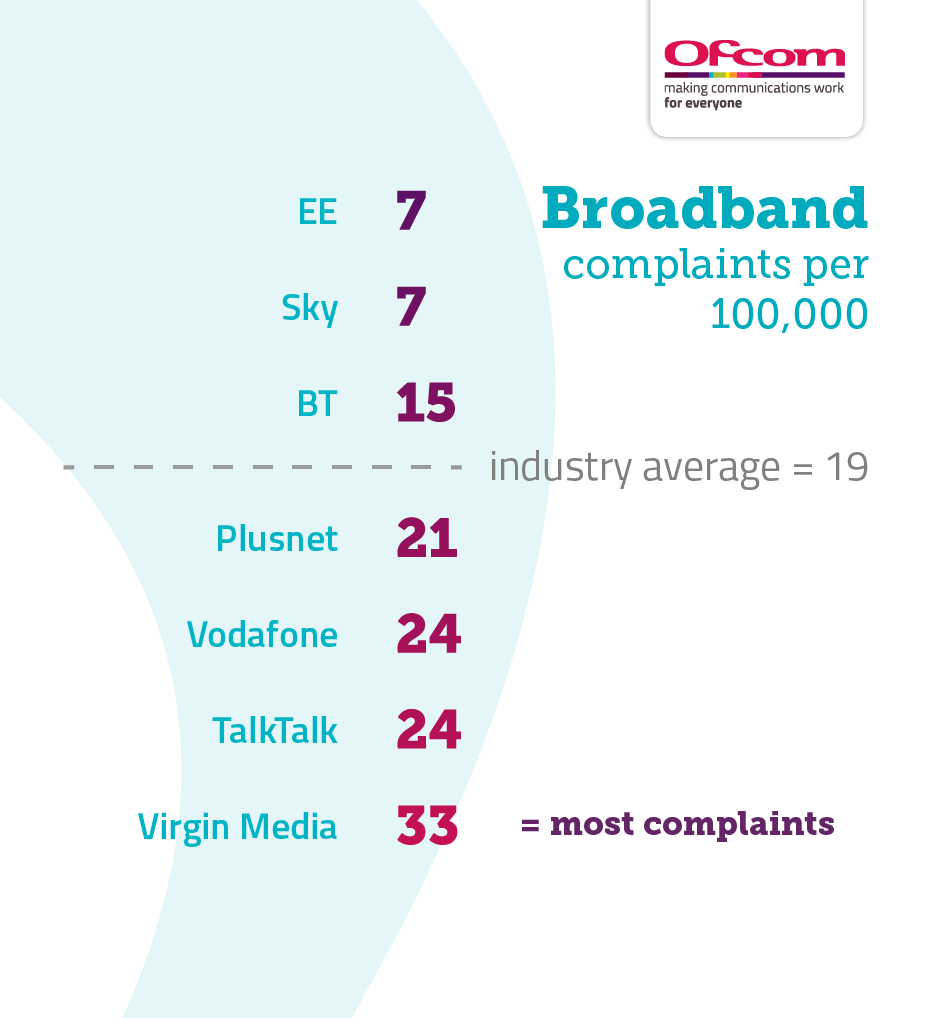 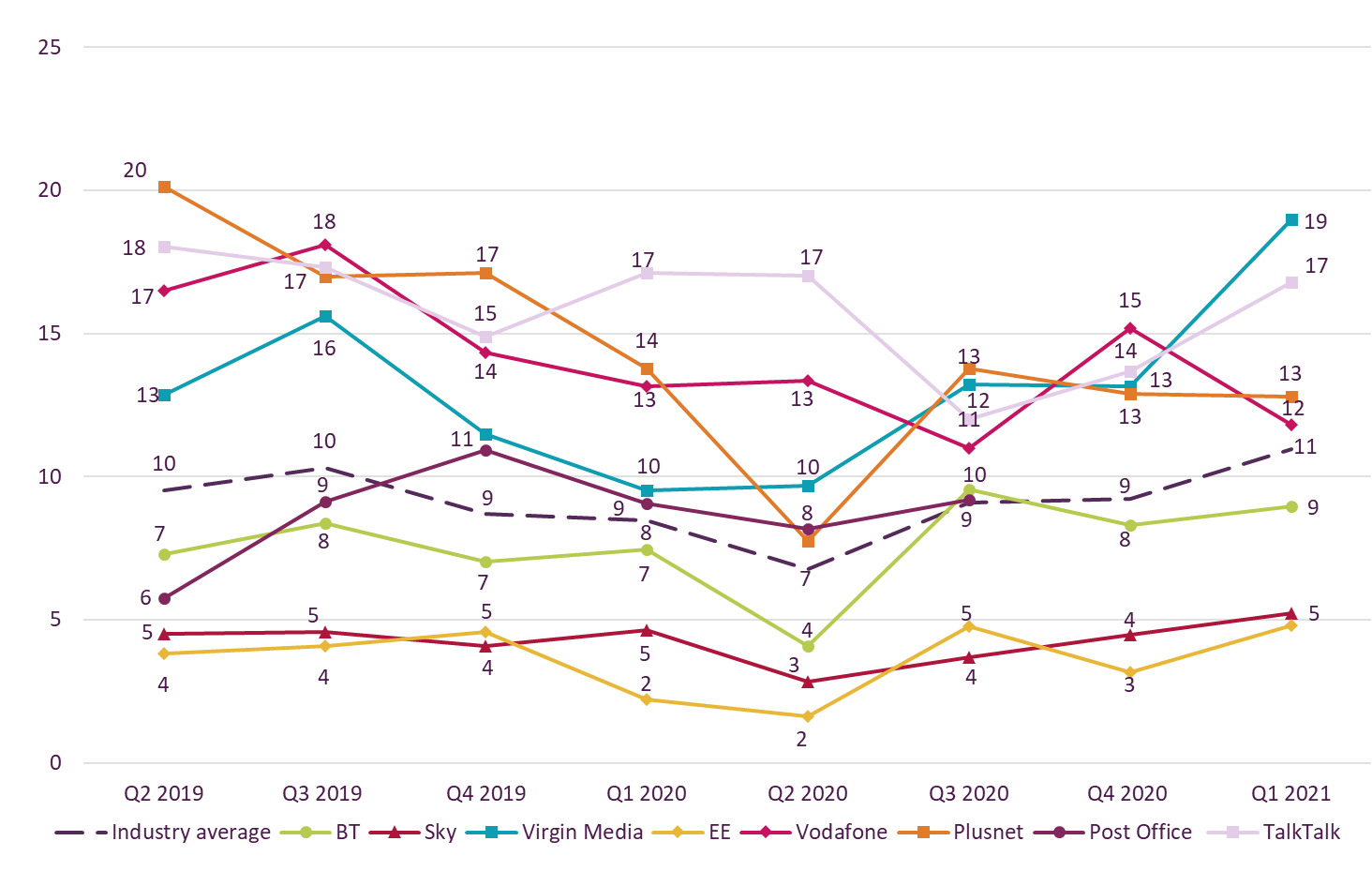 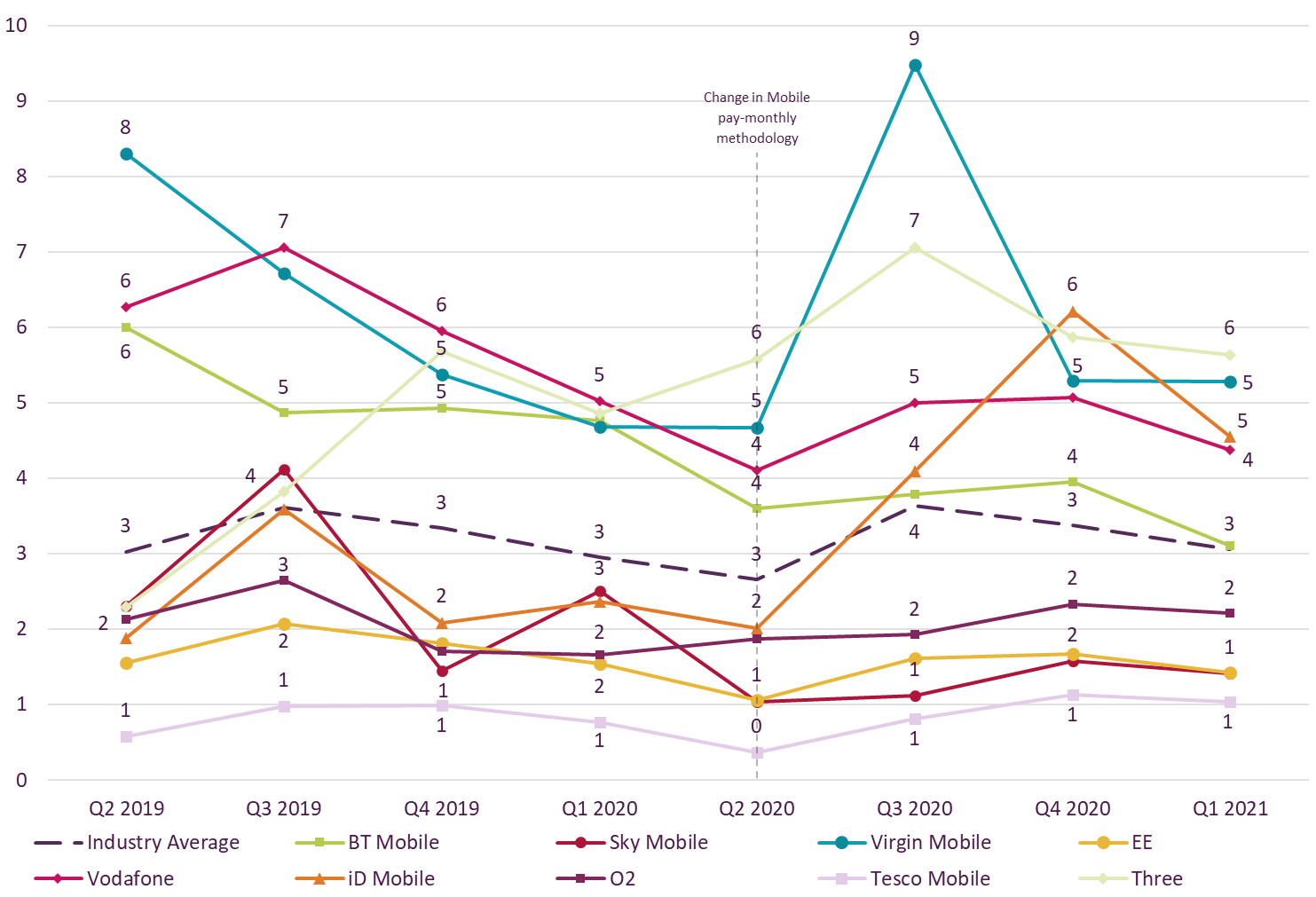 Relative volume of complaints per service per 100,000 subscribers Sharing is caring so..
TelecommunicationsUK

Global Satellite Revenue for 2022 Expected to Reach US$295 Billion, with Industry Leader SpaceX Collaborating with Taiwanese Telecom Companies for First Time Ever

Vodafone Spain summer data consumption up 30% on videostreaming use

SoftBank to get 4.5% stake in Deutsche Telekom