In the coming school year, more than 100,000 college students will enjoy the ease and convenience of carrying their student IDs on iPhone and Apple Watch.

Apple will donate millions of masks to the US and Europe

The service was unveiled in June 2018 and went live in September 2018 at three universities — Duke University, University of Oklahoma and University of Alabama.

Support has also been switched on over the past 12 months at four additional universities — Temple University, Johns Hopkins University, Marshall University and Mercer University. 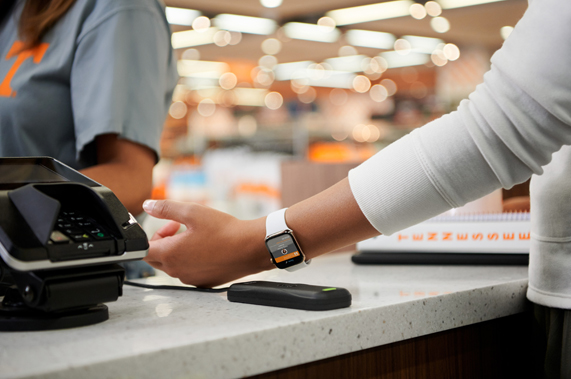 Contactless student IDs are supported on iPhone 6 and later and iPhone SE as well as Apple Watch.

Students with an iPhone XS, iPhone XS Max or iPhone XR will also be able to use their digital IDs “for up to five hours in power reserve mode when the iPhone battery needs to be charged,” says HID Global, which is responsible for the implementation at Clemson University.

“This fall, their Apple devices can be used for everything from entering buildings — such as residence halls and individual rooms — to buying meals, accessing the gym, and using secure print services and numerous other university resources,” president and CEO of HID Global Stefan Widing explains.

“Our university partners tell us that since launch, students across the country have purchased 1.25 million meals and opened more than 4 million doors across campuses by just tapping their iPhone and Apple Watch.”

Mar 27, 2020
Stay with us
Search flights
Get Travel Insurance
Would you like to save on roaming?
Top up your SIM card here
Like Us On Facebook
Universal worldwide travel adapter