For a user needing 50 GB of data[1], along with unlimited minutes and SMSs, a Vodafone Netherlands subscriber would pay €65 a month, which is over 70% more than competitor KPN, and almost three times more expensive than O2 in the UK[2]  46% of this cost was driven by a 10GB add-on, priced at €30, that was required to take the maximum data allowance of 40GB offered by Vodafone Netherlands to 50GB.

A revision of pricing announced by the carrier at the beginning of March – with increases in allowances across its Red offers and the addition of an unlimited data plan – has resulted in a drastic price reduction at this high usage level.

The graph below looks at the costs for mobile services faced by a user who wants unlimited minutes and SMSs each month, plus 50GB of data. The results on the left of the graph, shown in blue, are taken from OECD Mobile Voice and Data Benchmarking Service Q4 2019 update (data for the Netherlands shown in darker blue)[3], while the results shown in red and purple are based on the recently announced pricing from Vodafone Netherlands. The results in purple include a €5/month discount offered by Vodafone when subscribers sign up as part of a bundle with fixed services.

The changes have brought about reductions of up to 46% for very high data users buying only mobile, while those bundling with fixed services, the reduction increases to 54%, and bring Vodafone much more in line with many of the main operators in Europe, and indeed, with offerings from its operations in other countries.

KPN reports a 60% increase in EU data roaming this summer

The underlying detail behind the graph is shown in the table below.

The graph and table don’t tell the whole story of course. For users signing up with other than the main two providers, much cheaper offers can be found, without too much difficulty. Take Tre in Italy for example which offers a staggering 60GB plan for €11.99/month, or Free in France, which has a €19.99/month plan for unlimited calls, SMSs and data, dropping to €15.99 if taken with a fixed bundle. There are many similar examples of very cheap offerings, and these are likely to increase over time, and this will mean that the main carriers will have to fight even harder and more creatively to maintain market share. 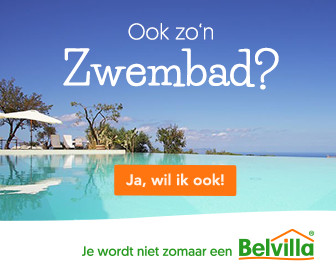 We are not looking at mobile pricing in other countries in any detail within this short piece, but if we were, the two elephants in the room would be Movistar in Spain and T-Mobile in Germany, both of which have especially high charges compared to their main in-country competitor and other European carriers

This short insight is based on data taken from Teligen’s OECD Mobile Voice and Data Price Benchmarking service.

[1] Note that the actual average data usage in the Netherlands, based on usage per active SIM, excluding M2M is less than 3GB per month (Source: Service Providers, Strategy Analytics).

[2] O2 UK is the cheapest operator across the 36 OECD countries, based on the main two operators per country. Data taken from OECD Mobile Voice and Data Benchmarking Service Q4 2019 update.

[3] Basket considered is based on a service life of two years, and excludes any one off costs. Data does not include Purchasing Power Parity adjustment Vodafone Netherlands reduces costs

Five Tips for Managing Remote Workers During a Pandemic

Deutsche Telekom launches the T Phone, their own 5g smartphone

Verizon Introduced “One Unlimited for iPhone” — the plan that loves iPhone