This year, for the first time, UK adults spent more time with digital media than with traditional media.

Need an international SIM card? Reusable? Get it here. 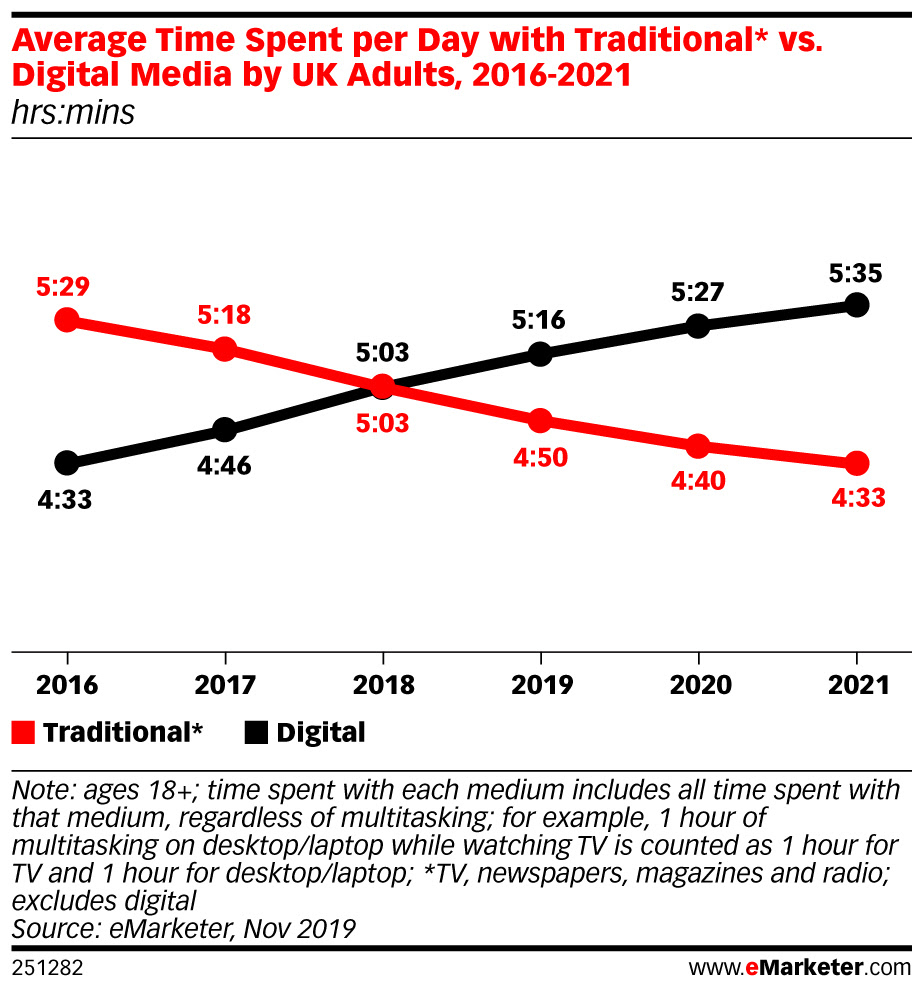 “We expect the gap to widen in the coming years, as content consumption continues to shift further onto digital platforms,” eMarketer UK senior analyst Bill Fisher said. “This has ramifications for media companies, of course, but for marketers, too. They will need to weigh their ad budgets carefully. Traditional media will remain hugely important, but it will mean more complex strategies for reaching customers.”

Growth in time spent with digital media has slowed and is set to plateau in the coming years. The growth that remains will be fueled by increases in time spent with smartphones and other devices including connected TVs. Adults in the UK used their smartphones (excluding voice calls) for 2:16 per day, on average in 2019. Smartphones will continue to gain an increasing share of time spent with total media, surpassing 25% by 2021.

Video consumption is also driving growth of overall digital media time. This year, UK adults spent 1:25 per day watching digital video, up 10.4% over 2018. Mobile will remain the leader for digital video consumption among adults, at 36 minutes this year, up 7.2% over last year. This is closely followed by “other connected devices” (31 minutes), which include smart TVs and gaming consoles. These devices will see a growth of 20.7% in 2019.

In the UK, time spent with traditional media among adults decreased by 4.2% this year to 4:50. This number will continue to decline, dropping to 4:33 by 2021.

A key reason for total traditional time dropping is TV time, which has been steadily declining. It will fall 5.9% this year as consumers spend more time with digital video. This year, consumers will spend 25.8% of their total media consumption on traditional TV.

“The way people are watching video content is changing faster than ever before,” eMarketer senior forecasting analyst Cindy Liu said. “Streaming services such as Netflix and Amazon Prime have become incredibly popular because of their vast libraries of original content, including some UK-produced titles. Coupled with the fact that these platforms can be watched on virtually any connected device, it’s not surprising that time spent watching digital video will continue to chip away at traditional TV time.” 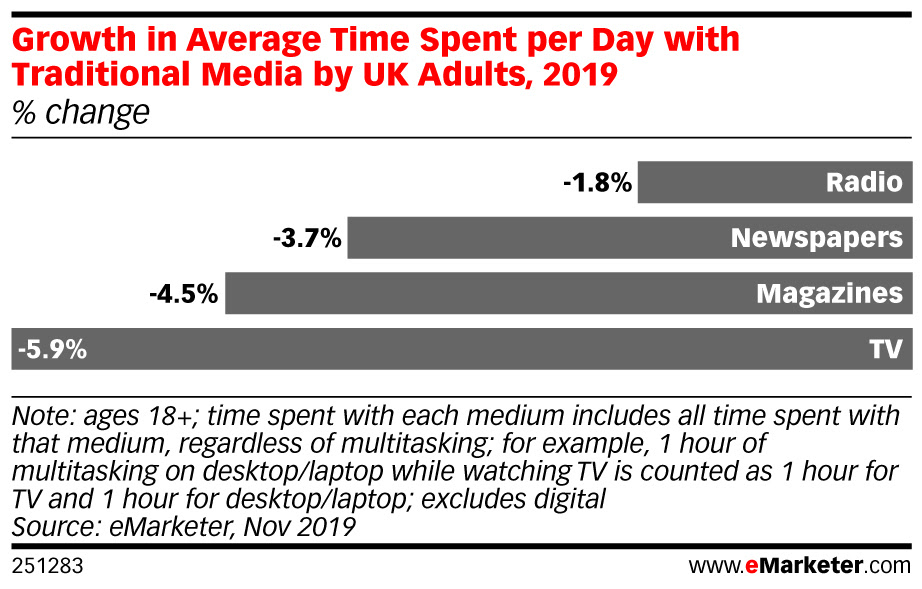