Though the world‘s most expensive bottles of booze tend to sell at auction, airports have also been home to some major sales. In fact, you could argue that the current run of whisky madness really took off (pun unintended) in 2018 at the Dubai Airport when a pair of The Macallan 1926 Scotch bottles sold for $1.2 million. A similar bottle went on to become the first $1 million bottle of whisky, while another holds the current record for most expensive bottle, selling for just short of $2 million. The Yamazaki 55 Year Old

In 2018, when The Macallan unveiled its then oldest-ever Scotch (they’ve since released older), the brand even suggested you could try to score one of these 600 bottles — which retailed for $65,000 — “in exclusive airport retail stores.”

So here we are: Another remarkably expensive bottle of whiskey and at another airport — and this time, it was purchased from a duty-free shop. I wonder if they put it in one of those clear bags?

EU: No More Masks in Airports & Airplanes as of May 16

The Unifree Duty Free shop at the Istanbul Airport in Turkey announced they sold a bottle of The Yamazaki 55 Year Old for $559,200. In theory, it’s actually not even a bad deal: A bottle from the same year (but a different bottling) sold at auction in 2020 for $795,000. Maybe the buyer saved all that money on duty? Frankly, I’m not quite sure how that works.

Granted, the buyer — an unnamed Chinese shopper — didn’t happen to be window shopping while strolling through the airport when they made the purchase. The bottle was on display, however, the duty-free shop invited interested parties to submit bids. Eight people put in offers, and the $559,200 bid won out.

“[This sale] provides further evidence that special products can help to achieve amazing results for airport retail and that Istanbul Airport is the perfect site to offer rarities like The Yamazaki 55 Year Old to a particularly discerning international clientele,” Unifree Duty Free CEO Ali Senher said in the announcement and all but inspiring the next Ocean’s Eleven film to be shot at the Istanbul Airport. 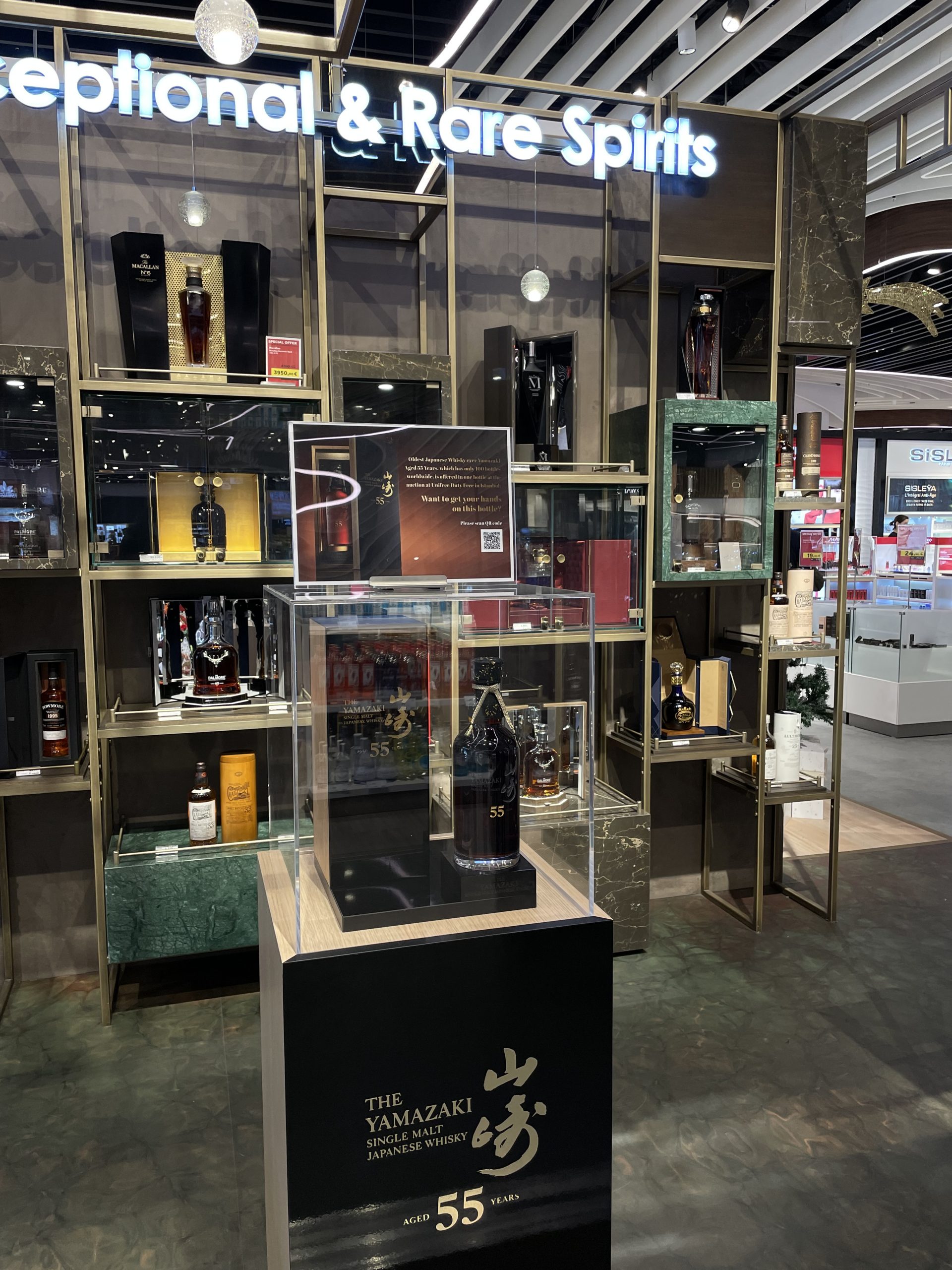 As for the whiskey itself, Yamazaki 55 Year Old is the oldest single-malt whiskey in the history of the House of Suntory distillery, a blend that even includes components distilled under the supervision of the company’s founder, Shinjiro Torii. The coveted spirit has had two releases: In 2020, 100 bottles were released via a lottery system in Japan, followed by another 100 bottles released in 2021 to the rest of the world, including some to Gebr. Heinemann, a company that owns and operates retail outlets in airports and is partnered with Unifree.

“We always strive to offer our traveling shoppers superior experiences and premium products,” Ruediger Stelkens, director of purchasing for liquor, tobacco and confectionery at Gebr. Heinemann, stated. “Whisky enthusiasts know they can rely on Heinemann and our joint venture partners as a flagship destination for the discovery of rarities like The Yamazaki 55 Year Old.”

Top 8 trends for the security industry in 2022

EU: No More Masks in Airports & Airplanes as of May 16