In France, 9.7% of the GDP is contributed by the travel and tourism sector. 30% of the revenue generated by tourism is obtained from foreign tourists, while the remaining 70% is derived from domestic tourism.

For your France roaming

This SIM card is reusable and can be recharged for any of 140+ countries in next 6 months. No matter if your next travel is ni Asia, Europe or America.

No contracts. No commitments. Reusable.

If you purchase via Alertify, your SIM card can be shipped to the hotel or AIRbnb or even to your home before departure.

Our solution last longer than any local SIM card: You don’t need to buy new SIM Cards every single time you enter a different country. And every solution is unique and created for your needs.

France prices comparing to those in the EU: Compared to all EU28 countries, prices for mobile broadband and telephony in France are, across the offers studied, less than half as expensive as on EU average. No offers were found to be more expensive than the EU average. travel to france

Price Trends – Relative to 2017, averaging over the usage baskets shown, prices in France fell strongly. In contrast, for consumers requiring 0.5 GB data and 100 calls with 140 SMS, prices rose somewhat (by 3%).

Find out more about France telecoms

France to Reopen Borders for Vaccinated Tourists in May

Enjoy the Louvre at home: all of the museum’s artworks are online!

Need eSIM Service For France? Get your QR code here:

Get your eSIM here

Travel to France? Best airline tickets are just a click away

Do not miss in Paris: 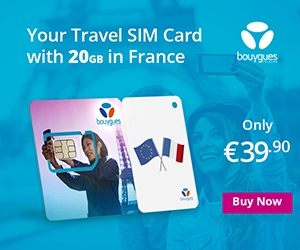 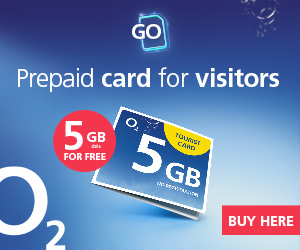 Sharing is caring so..

Earth Day: WATG Reimagines One Of The World’s Most…

PayTabs partners with Visa to bring innovative ‘Tap to…

Brits hang up the landline: Five million households say they…

US mobile carriers are falling behind in adoption of eSIM

Giesecke+Devrient partners with Doconomy for climate…

Travelling to Dubaiby Christina6 months ago

What is the best eSIM for travel …by Aral6 months ago

A new Hilton Resort is about to open in Rijeka, Croatia

Turkey bans use of crypto ‘s for payments –…

UNWTO and Facebook Partner to Support Members States to…

France to Reopen Borders for Vaccinated Tourists in May