Houston-based Orion Span hopes to launch the “first luxury hotel in space” — the 35-by-14-foot Aurora Station — by late 2021 and bring guests on board the following year. The hotel will accommodate up to four travelers and two crew members at a time, racing them around the planet at high speeds for 12 days, the company said in a news release.

Adventurers pay $9.5 million per person — or about $791,666 a night — and their $80,000 deposit can already be reserved online, company officials said. But don’t fear: The deposit is fully refundable.

“We want to get people into space because it’s the final frontier for our civilization,” Orion Span’s founder and chief executive, Frank Bunger, told Bloomberg.

Bunger said that one reason Orion Span can aim for a price of less than $10 million per person is because of the declining price of launches. 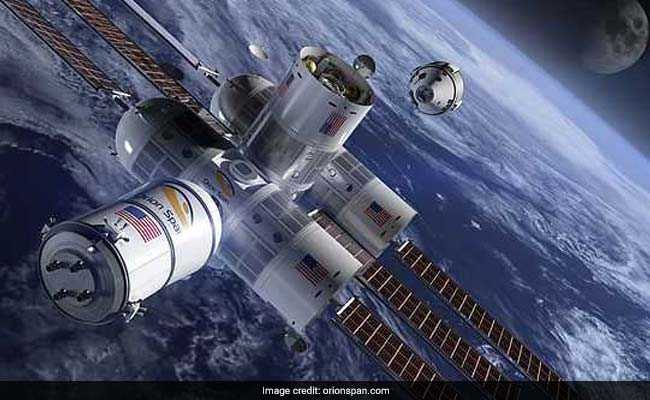 “Everybody’s forecasting that [launch prices are] going to fall,” he told Bloomberg. “Almost every week, there’s another rocket-launch company that’s starting up with a new way to get to orbit cheaper, faster, better.”

First Hotel In The Unbound Collection By Hyatt In New York…

Orion Span’s announcement of a luxury hotel in space comes amid a revival of the commercial space industry. The launch of Elon Musk’s Falcon Heavy from the Kennedy Space Center in February, for example, was the latest in a series of milestones that have renewed companies’ interest in space.

The launch raised the question of whether SpaceX and other private enterprises could maintain their momentum and fulfill the promise of returning humans to space. That likelihood could increase as the Trump administration looks to restructure the role of NASA, allowing private enterprise and international partners to work closely with the space agency.

Orion Span’s proposed hotel offers plenty of attractions: zero-gravity flying throughout the station, views of patrons’ home towns from space, the ability to take part in research experiments such as growing food while in orbit, and live-streams with friends and family at home through high-speed Internet.

Since commercial spaceflight has yet to launch humans into space, Aurora Station visitors will have three months of training, which would begin with online courses to better understand “basic spaceflight, orbital mechanics, and pressurized environments in space,” officials told Bloomberg. The guests will also have contingency training at the company’s headquarters in Houston.

There is not official news about roaming service provider in space. Yet.

BH Telecom to introduce new Travel packages from 1 May