Pegasystems Inc.  announced new research that reveals how ineffective software and poor processes are hindering productivity for many workers. In a study of live desktop activity, the results showed employees are forced to switch between up to 35 job-critical applications nearly once a minute – or more than 1,100 times every day –  adding unnecessary complexity that reduces efficiency and frustrates workers. 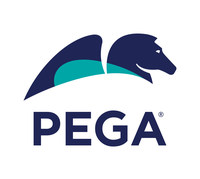 Inefficient applications and processes: Businesses typically provide operational support workers with a number of ‘structured applications’ that are specifically designed to help them speed through core tasks with minimal typing and scrolling. However, the study found workers are saddled with too many of these disconnected apps, leading to poor processes, increased errors, and wasted actions that could otherwise be automated:

Distractions from core work: From digital distractions to extraneous activities, there are many events over the course of the day that take workers’ attention away from productive tasks:

The study also reveals several other interesting dynamics, including: