Young people are significantly more likely to keep up with news using the internet, over TV and other sources, according to Ofcom’s annual news consumption report. online news

Nine in 10 younger people aged 16-24 (89%) follow news stories online, compared with under two-thirds (61%) who get their news from TV. It’s a similar picture among people from a minority ethnic background with 85% favouring internet news over TV news (69%).

Generally speaking, however, use of TV news held steady during the last year and, despite these exceptions, it remains the most popular news source among the general UK adult population (79%). The data indicates however that use of radio, print newspapers and the internet for news all declined year on year -falling by six, five and three percentage points respectively.

Collaboration and communications tech to continue to thrive…

Lycamobile to invest £250 million over the next 3 years as…

The study, News Consumption in the UK 2020/21, looks at how adults and older children (aged 12-15) in the UK consume news across television, radio, print, social media, podcasts, other internet sources and magazines.

Other findings from the research include: 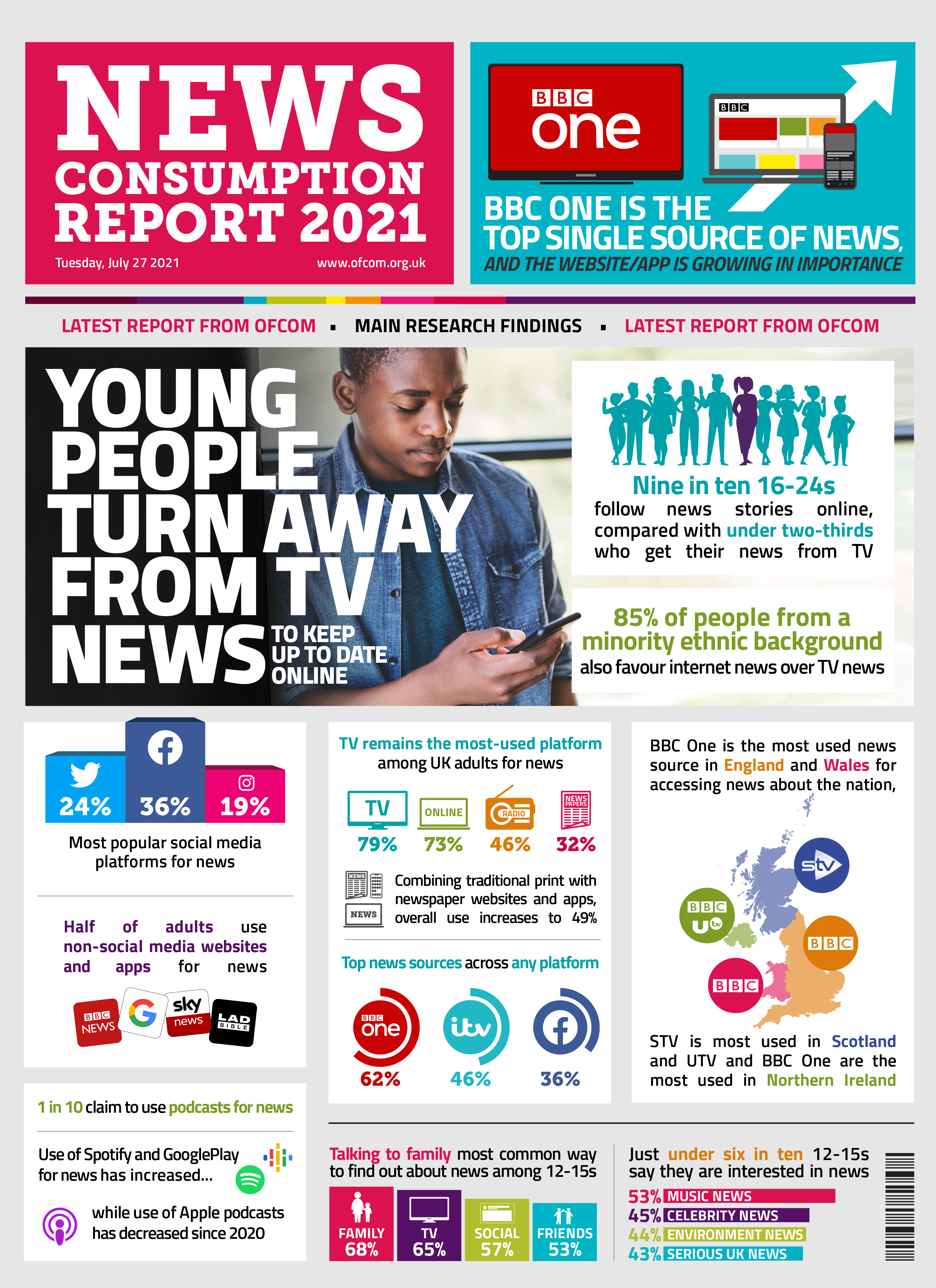 Sharing is caring so..
UK

The Global Smartphone Market Grew 13.2% in the Second Quarter Despite Supply Concerns and Vendor Shakeups, According to IDC

Mobility-as-a-Service Subscriber Revenue to Increase 900% by 2027

Collaboration and communications tech to continue to thrive with hybrid working

Wego Collaborates with Azerbaijan Tourism Board to Provide A…

Airlines Can Monetize Inflight Connectivity with…

Kingdom of Bhutan in Eastern Himalayas to get Ericsson 5G…

Skyscanner Reveals Surge In Interest For US Trips Following…

US to Ease Travel Restrictions for All Vaccinated Travelers…