451 Research Finds More Than Half of Large Enterprises Worry About Cloud Costs on a Daily Basis; 80% of Respondents Acknowledge Poor Cloud Financial Management Has Had a Negative Impact on Their Business, Including a Drop in Innovation

Today, at the Cloud Economic Summit, in San Francisco, Cloudability announced the results of a 451 Research survey that assesses how enterprises with at least $100k/month in cloud spend fare when it comes to cloud procurement maturity. The report, titled “Cost management in the cloud age: Enterprise readiness threatens innovation,” concluded that cloud budgets have quickly become a material part of IT spend, and outside of the largest cloud spenders who budget $1M+/month on cloud most enterprises are unprepared to manage this variable spend resource.  The survey captures responses from 300 Finance and IT leaders in the US and UK.  A full copy of the report can be downloaded here.

“Our findings tell us that cloud cost management is about more than saving money, it’s about making a cultural shift 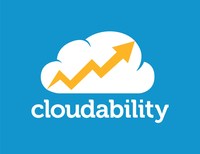 internally and enabling the business to move faster with fiscal discipline,” said Owen Rogers, Cloud Economist at 451 Research.  “As we inevitably go through the next stage in the current economic cycle and experience a downturn, IT and Finance leaders will begin looking for smarter ways of operating in the cloud since they have no plans to stop investing. The challenge, as always, will be to prevent overspend before it occurs without getting in the way of innovation.”

Poor Cloud Financial Management Has a Negative Impact on the Business

Despite the benefits of cloud, more than half (57 percent) worry about costs daily, and have experienced a negative impact to the business due to poor cloud financial management:

Still, many do nothing because they believe they will hinder innovation (45 percent) or think the amount of overspend is too small and not worth resolving (50 percent). Additionally, the reluctance to admit to wasted spend factors into the millions in lost savings and deepening levels of inefficiency.

Disconnect Between IT and Finance

The cultural transformation required to manage cloud was one of the biggest challenges facing IT and Finance, with 72 percent of respondents acknowledging they have no formal reporting capacity between departments.  Additional data suggests the IT department is completely unaware of the burden cloud budgeting has on finance.

“The 451 data validates a movement already afoot in our  customer base over the last eight years that focuses on education, and helping both IT with Finance understand how to manage costs in a cloud economy,” said J.R. Storment, Cofounder of Cloudability. “The research shows it’s time for a new operating model to emerge that puts best practices into place now, and creates the discipline organizations need to remain competitive as cloud continues increasingly to represent more of IT spending.  Those who have deployed FinOps have been able to balance cost efficiency while also maintaining velocity, reinvesting cost savings into further innovation.”