Most expensive cities for business travel

Travelling for business can be an expensive endeavour. ECA’s Daily Rates reports provide average costs for hotel accommodation, which makes up the bulk of any daily allowance, as well as meals, drinks, laundry, taxi transport and daily essentials such as toiletries and international newspapers. most expensive cities for business

Knowing which cities are particularly expensive for business travel – and how expensive – can therefore help with accurate budgeting before a trip even begins.

A global overview most expensive cities for business

Assuming costs for all of the above are included, the African cities of Lagos (Nigeria) and Luanda (Angola) are among the most expensive of ECA’s Daily Rates locations for business trips.

The difficulty of finding secure hotel accommodation and the high prices of services and imported goods push costs up in these locations. A business standard 4 star hotel room in these cities including breakfast typically costs USD 420-470 per night. Data from our latest survey suggest that a company should count on allowing around AOA 72800 per day in Luanda for employees staying in 4 star accommodation there, which at today’s rate is USD 680.

In Europe, the Swiss cities are particularly expensive and an allowance to cover daily costs in Geneva is likely to hover around CHF 680 (USD 700). In Central London don’t be surprised to see a GBP 230 bill (USD 340) for one night’s 4 star accommodation with breakfast while in Paris the equivalent would cost EUR 170 or USD 180 at today’s rate.

Predictably, perhaps, New York is the Americas’ most expensive destination in terms of Daily Rates. A business dinner at a restaurant in Manhattan is likely to cost anywhere between USD 60 and USD 140 and overall a company should anticipate costs of around USD 720 every day their employee is there for work.

In Oceania, Papua New Guinea’s Port Moresby is more expensive than any Australian city at just under PGK 1470 (USD 555) a day. With security in the city being a big concern and safe hotels being few and far between accommodation costs are extremely high (PGK 920/USD 345).

Seoul in South Korea is one of the Asian locations where the daily cap is highest at around KRW 558 370 (USD 500) per day. 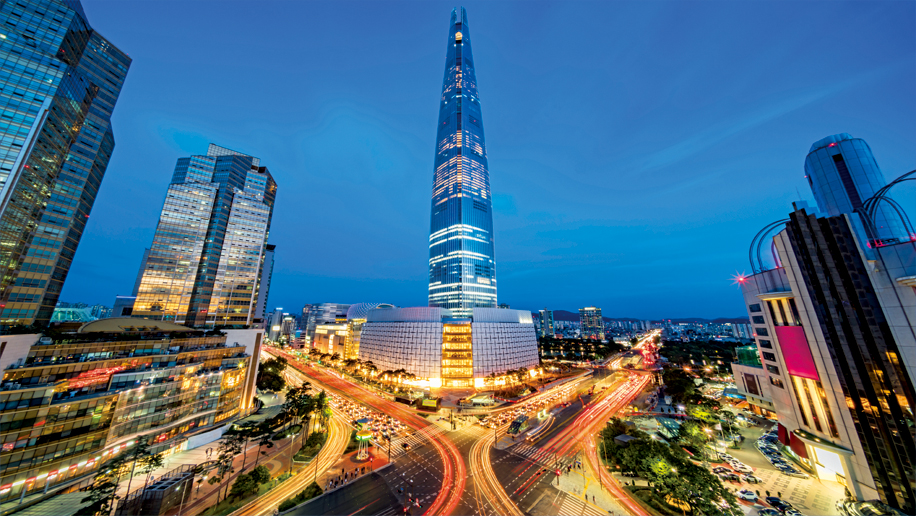 Anyone who’s visited the South Korean capital will know that eating and drinking in the city can cost quite a bit. In fact, in 2015, the city was classified as the most expensive city in the world for buying everyday food items, according to the Economist’s Worldwide Cost of Living report.

At the opposite end of the scale the cheapest cities for business trip expenses include the Kosovan capital, Pristina, Cuba’s Havana and cities in South Africa and India. Tarawa, the capital of Kiribati in the central Pacific is one of the cheapest locations surveyed. 4 star overnight accommodation including breakfast there is just USD 80 and you can budget USD 150 each day your employee is there and still expect to get some change.

Exchange rates movements will of course also have an impact on costs to a company sending staff on international trips. The recent strength of the US dollar, for example, means that companies sending employees out of the States will find costs in dollar terms have fallen. Conversely, those sending staff outside of the Eurozone are likely to have seen the cost to them of covering daily living expenses increase. Our Daily Rates reports capture costs in the local currency wherever possible so that organisations can quote in and check against the currency which the employee will be spending while on the trip.

Swisscom roaming data packages falling by 20 to 50 per cent