Despite inflation and geopolitical crises that have continued since the beginning of this year, the global smartwatch market shipments increased 30% YoY in Q3 2022, according to Counterpoint Research’s latest Global Smartwatch Model Tracker. During the quarter, India’s market grew 171% YoY to become the biggest smartwatch market in the world. Other markets also grew YoY, except China and Europe. Biggest Smartwatch Market 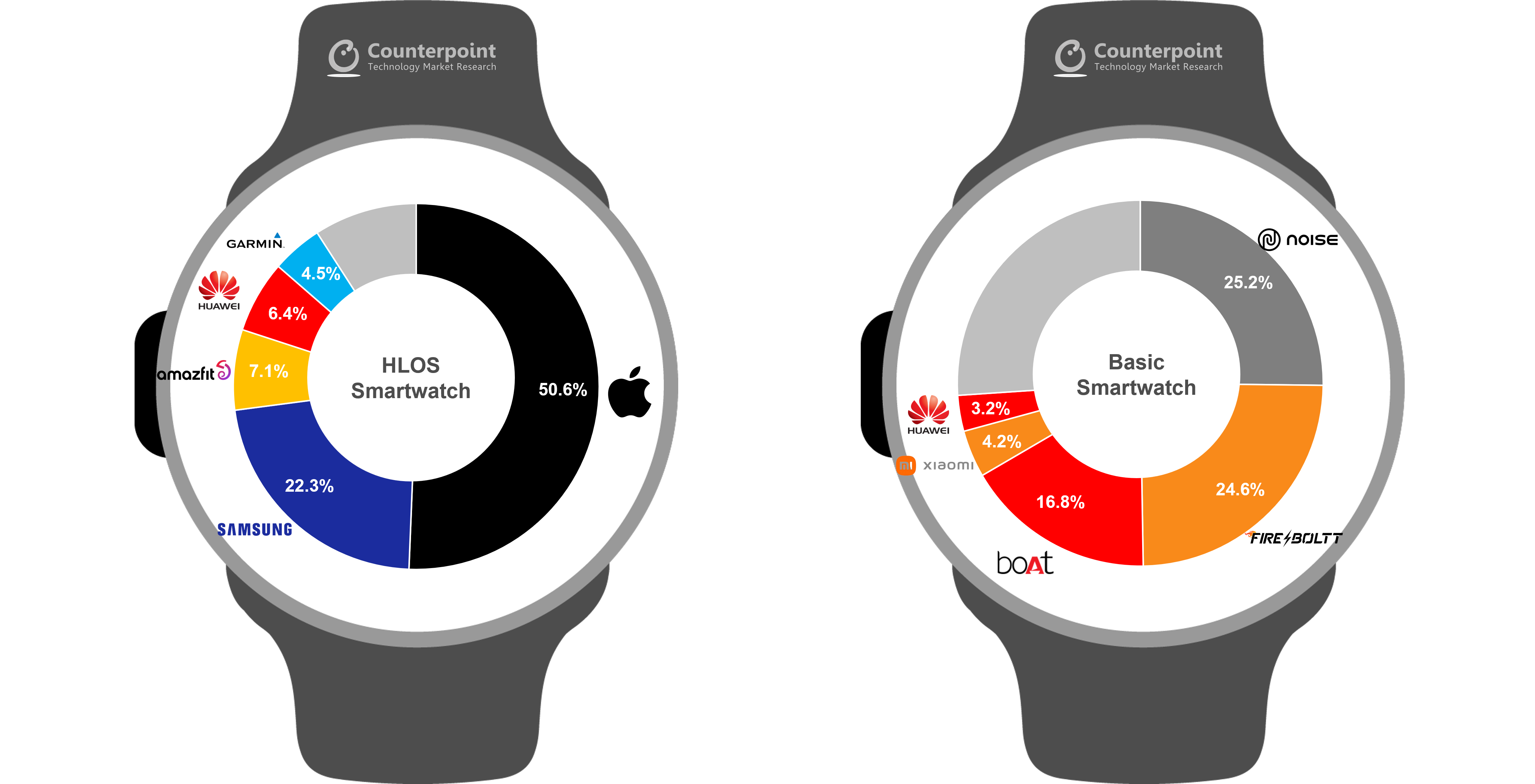 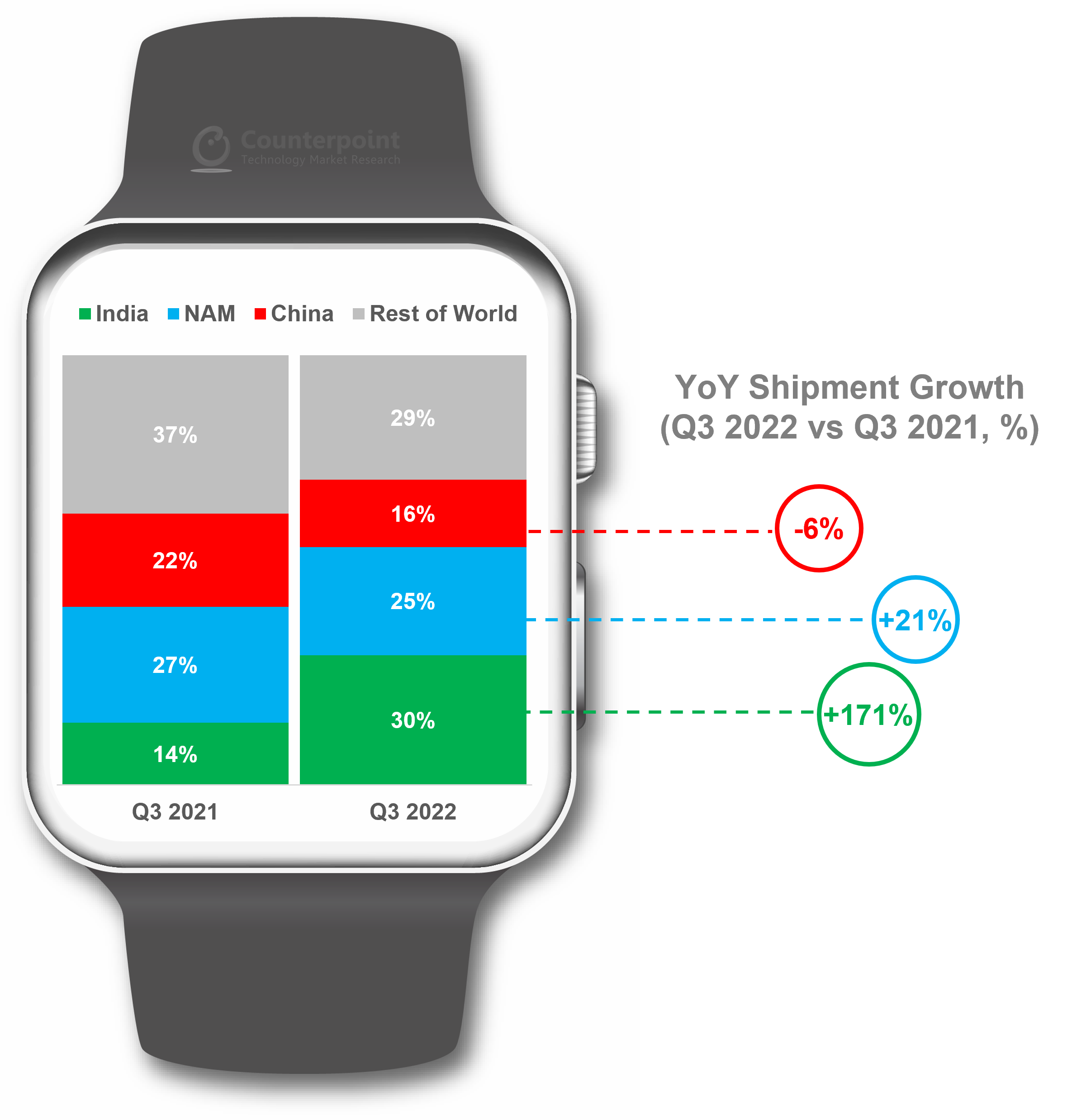 In terms of regions, India occupied the top position for the first time. Senior Analyst Anshika Jain said, “India’s smartwatch market grew 171% YoY in Q3 2022 to become the biggest market in the world. The main factor behind the record quarter was India’s festive season. Indian brands expanding their product portfolios at affordable price points and emphasis on local manufacturing also contributed to the growth. Bluetooth-calling emerged as an important feature, contributing a 58% share in total shipments, the highest ever share to date. Consumers are also preferring bigger display sizes, which is evident from the fact that over half of the total shipments in Q3 came from the 1.5”-1.69” display size.”

In the case of North America, which remained the largest market from Q4 2020 to Q2 2022, the shipments increased 21% YoY. But India grew so much that it was pushed to second place globally.

Due to the continued “zero-COVID” policy and the subsequent economic downturn, China fell 28% YoY. Its market size decreased for the fourth consecutive quarter.

Counterpoint Technology Market Research is a global research firm specializing in products in the TMT (technology, media and telecom) industry. It services major technology and financial firms with a mix of monthly reports, customized projects and detailed analyses of the mobile and technology markets. Its key analysts are seasoned experts in the high-tech industry.

Sicily to Improve Railway Connections thanks to EU investment

Best & Worst Cities for Expats around the World