Increase in high-speed internet coverage in 2021 in EU: Malta leads

In 2021, the European Commission set a 2030 target of achieving gigabit connectivity in all EU households and 5G coverage for all populated areas. Considerable progress has already been made in the rollout of fixed very high capacity network (VHCN) connections across the EU.  high speed internet eu

The EU’s vision and concrete targets for digital transformation by 2030 are set out in a Digital Compass that evolves around four cardinal points: skills, digital transformation of businesses, secure and sustainable digital infrastructures, and digitalization of public services. Progress towards these 2030 targets is measured by a monitoring system based on the Digital Economy and Society Index (DESI).

Considerable progress has already been made: In 2021, 70% of EU households enjoyed high-speed internet coverage, up from only 16% in 2013. high speed internet eu 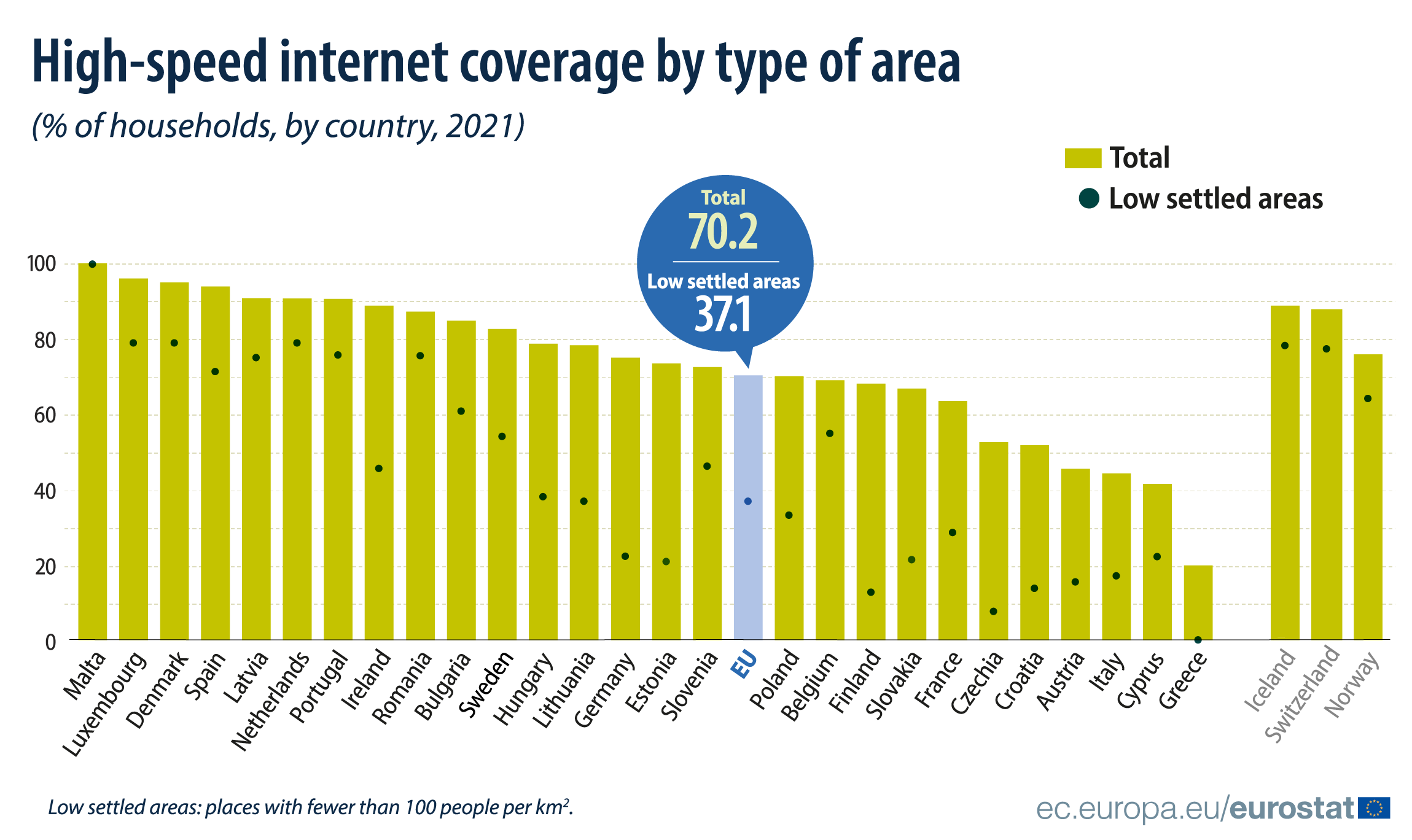 Despite progress, however, access levels vary significantly between EU member states and also within many member states in terms of population density, Eurostat finds.