Flixbus is a budget bus travel company that has routes all around Europe – you must have noticed those lime green coaches. The company becomes the largest long-distance bus company in Europe, connecting more than 1700 destinations in 29 countries. And start with the US market too. Check out the Flixbus review below.

You can book tickets online, via the FlixBus App or in the ticket shop at bus stops.

Also, you can buy a ticket from the driver with cash as long as there are empty seats. However, the price will usually be significantly higher than the online price (almost double) so it is definitely better to have access to the internet and a mobile phone!

Does Flixbus have Wifi? Theoretically – yes. The reality is though that WiFi usually doesn’t work. Even when it does, you’re restricted to a small limit that runs out quickly. The Flixbus Wifi limit is not generous at all, so if you have a long ride ahead, make sure to download some offline entertainment or try to sleep.

You need to be really careful with your belongings, especially if you’re leaving bags in the hold. They don’t really monitor who picks up what bag, or even watch over the bags as they’re loaded in. So if your bag is missing or stolen, you’re totally on your own.

Flixbus pick up points aren’t always easy to find, nor are they always well-posted.

I was going to on same destination a few times and one time go through one country other time through another. Yes, came on the desired destination but with two hours difference.

Punctuality is probably one of the biggest weaknesses of Flixbus. With this company, you should always assume that it’ll run late. If you have something important to catch, consider catching an earlier bus or simply using a different transportation alternative.

How Flixbus react? They gave me €10 worth voucher! Ten.

There were three passengers, one of them a child, and tickets were paid at least €150. They absolutely don’t care if somebody stays on the street. Two weeks later still don’t know why my friend got the message, other passengers obviously did not. flixbux review

FlixBus restarts with rides to Ukraine from Poland, Hungary…

Flixbus has Messenger. Those guys work until 8 pm which is not very helpful if your BUS is late or delayed at 11 pm!

The Flixbus experience isn’t meant to be a crazy luxurious one, but overall, the buses are clean and comfortable enough.

All buses had toilets which is definitely a plus. My honest recommendation is: never but never don’t sit near the bathroom. You are welcome!

Drivers don’t usually care if you’re being left behind. Sometimes they’ll count passengers before leaving a rest stop, but often they do not.

On one of my voyages with them we were parked on the highway while driver number two was running back to find missed passenger.

Another time, we came to our destination on time BUT the driver didn’t know the town well or there were some obstacles… We had a tourist ride throughout the city for one hour! In other words, we were late.

Flixbus makes sense if it’s substantially cheaper than any other alternative (e.g. trains, flights, etc.). Unfortunately, that is not the case more and more often. Tickets that were €29 now can be even €89! Company like to say “We do have dynamic prices: the earlier you book, the cheaper your ticket usually is”. flixbus review 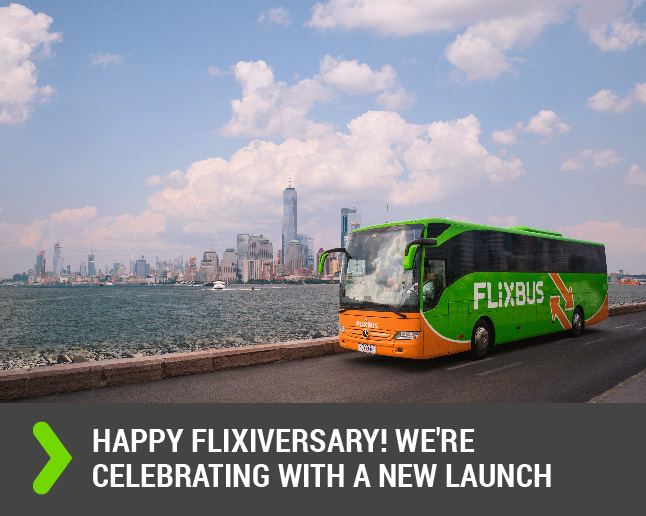 While you are driving around, do not miss:

Looking for the best action camera? Get GoPro Hero10

Mirror Gym – the nearly invisible home gym on your wall