“After a soft Q2, Chinese smartphone sales were stimulated by new launches in Q3,” said Canalys Analyst Toby Zhu. “HONOR and Apple led the way here. HONOR was the stand-out vendor of the quarter, achieving 105% sequential growth driven by its Play 20, X20 and flagship 50 series. It is successfully upgrading Huawei users, supported by its breadth of channel partnerships. HONOR is now sending clear signals that the brand has returned after its split from Huawei, and these signals will go beyond China to reverberate around the world. Apple launched the iPhone 13 as expected, but more aggressive pricing has helped drive demand for its new smartphones. As the second generation of iPhone with 5G, the iPhone 13 series is appealing strongly to the large 4G iPhone installed base in China. As a result, pre-orders and early orders were high, with many customers opting to wait several weeks for delivery.” 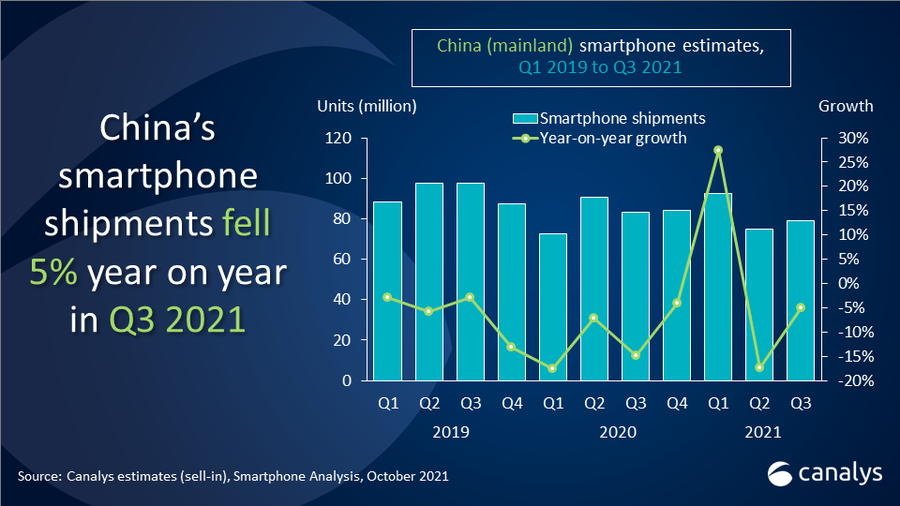 “The strategic value of smartphones is no longer limited to unit share and revenue,” said Canalys Research Analyst Amber Liu. “Vendors now count the entire smartphone ecosystem, including software and services, as important metrics to benchmark success. Hardware margin is under pressure, but maintaining and growing market share is still vital for vendors. One novel way to do this is via demographic-based product segmentation. As a result, niche segment products, such as Xiaomi’s Civi, OPPO’s K9s, HONOR’s 50 series, vivo’s IQOO8 series and realme’s GT Neo, are becoming popular among female users, gamers, vloggers, online shoppers and generation z. The marketing messages behind these products are clear, and explicitly target their demographic audiences. This product strategy has won consumer attention and prompted upgrades.” honor phone 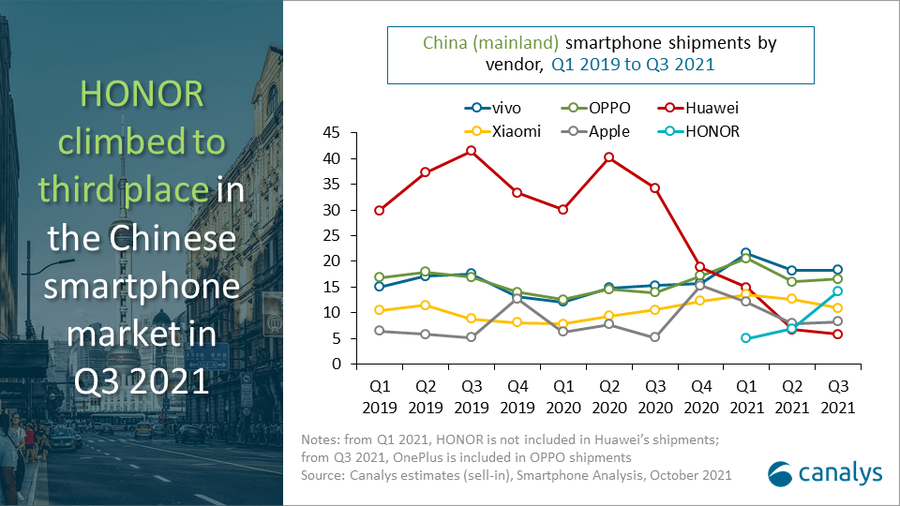 “For 2021, the Chinese smartphone market is expected to achieve a very low growth rate as it suffers due to global chipset shortages,” added Liu. “Smartphone vendors are already well into their product roadmap planning for 2022, assessing new form factors, such as foldable and rollable smartphones, to carve out additional volume and revenue from an already saturated market.”  China Smartphone Shipments

The top five vendors made up 86% volume share in China smartphone market in Q3 2021, up from 85% a quarter year ago. It is expected that this the ratio will continue to grow with competition further intensified in the following quarters. China Smartphone Shipments