Apple continued to lead the premium market, exceeding 60% share for the second consecutive quarter. This was driven by the iPhone 13 series. The iPhone 13 has been the best-selling model globally each month since October 2021. This was also the highest first quarter share for Apple in the premium segment since Q1 2017.

Samsung’s share declined in the segment. This was mainly because of a delayed launch of the Galaxy S22 series as compared to the S21 series launch in 2021. However, the S22 series is performing well overall. The Galaxy S22 Ultra has been a hit combining the best of the S series and the Note series. It was the best-selling android smartphone in the premium segment in Q1 2022. 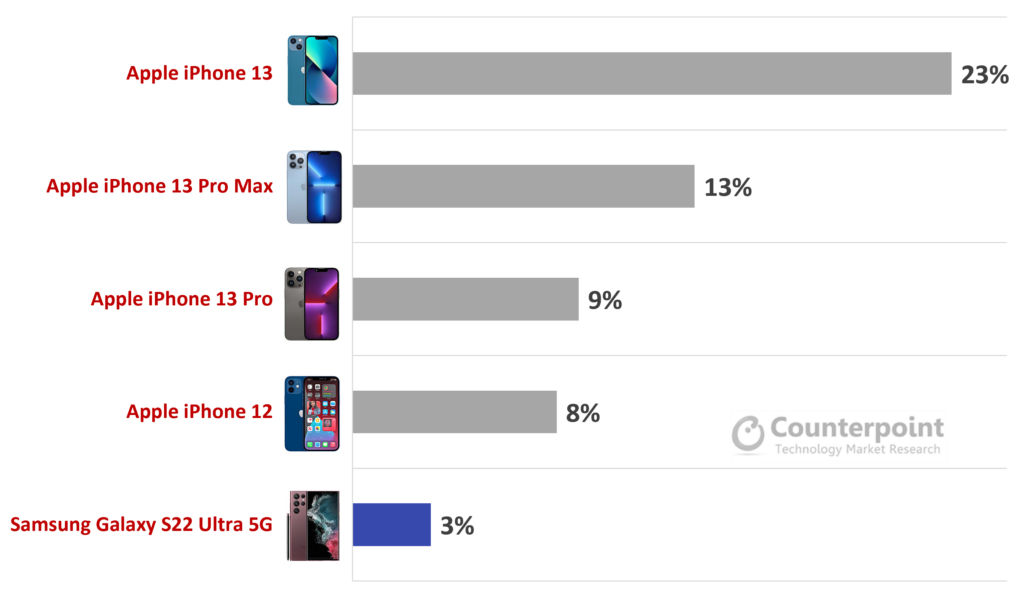 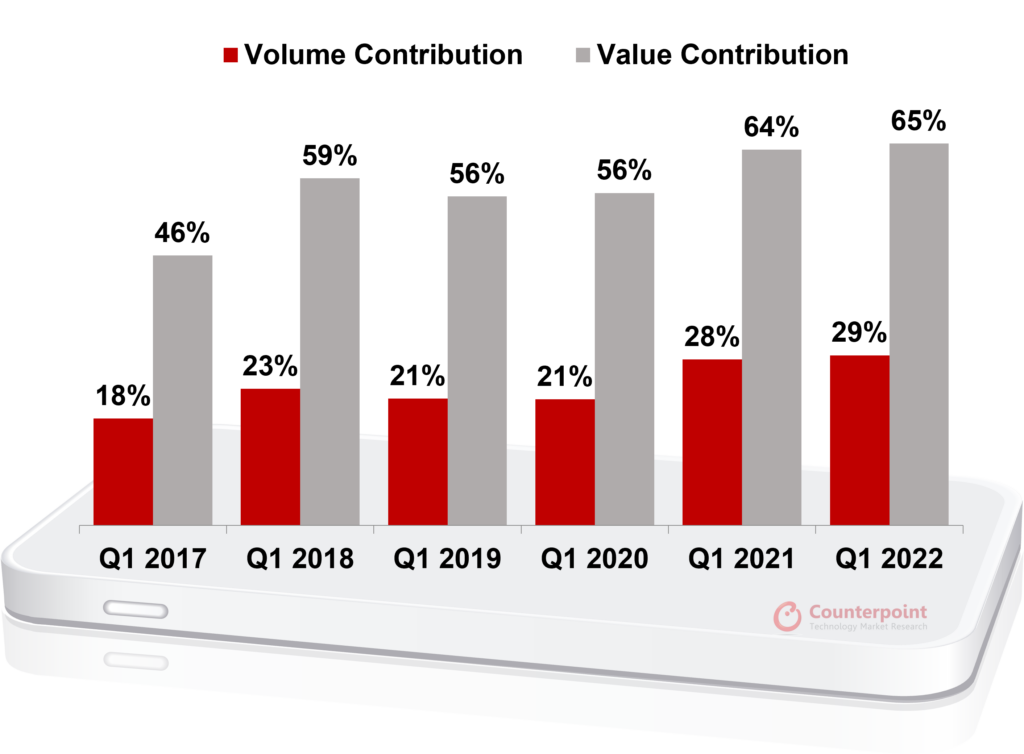 This revenue resilience was driven by a 164% YoY sales volume growth in the ultra-premium (US$>1000) price band, which became the largest contributor to the premium market, both in terms of sales volume as well as value. It was the fastest-growing price segment globally as well as in China, Western Europe, and North America. best premium smartphone

The volume growth in the ultra-premium segment was driven by Apple and Samsung. The iPhone 13 Pro Max and the iPhone 13 Pro together captured over two-thirds of sales volume within the ultra-premium price segment. This was driven by strong volume growth in the US, China, and Western Europe. In China, the sales in the >US$1000 price segment grew 176% YoY in Q1 2022. The segment alone captured over one-fifth of China’s smartphone market value during the quarter. Apple emerged as the biggest winner from Huawei’s decline in the premium market. The premium market in China still holds potential, and will be driven by upgrades, especially by users from Huawei’s large installed base. 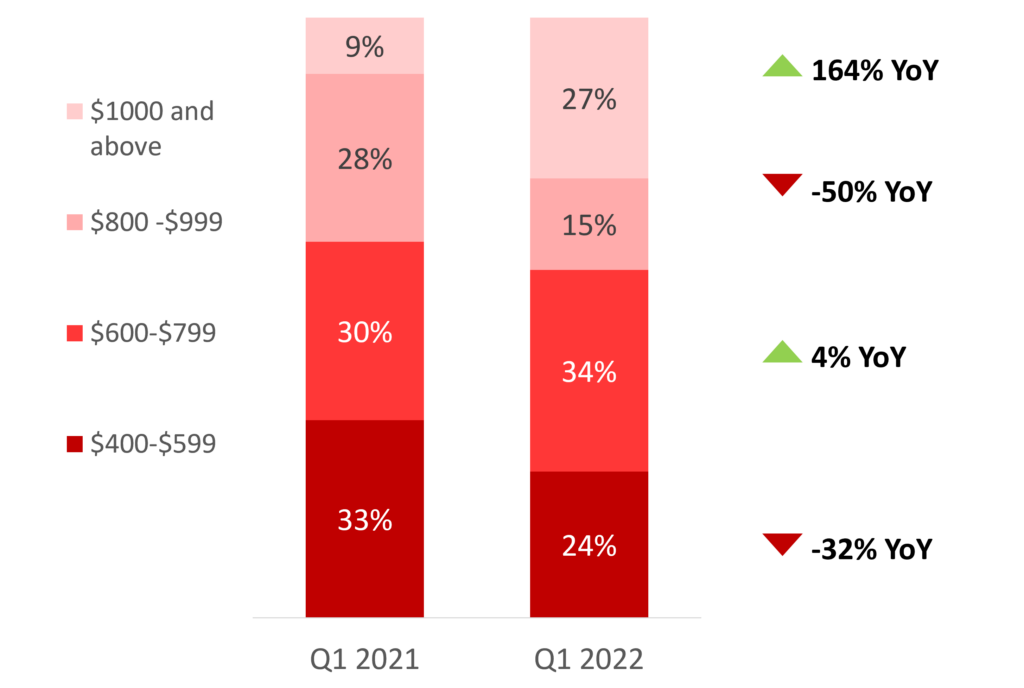 Going forward, we will continue to see smartphone manufacturers trying to gain share in the premium segment. With global inflation rising, the entry-level and lower price band segments are likely to be harder hit. Only through a rise in sales in higher price bands, will manufacturers be able to offset some of the resulting revenue declines. While developed markets dominate the premium market sales, the segment is also becoming important in emerging markets like India and LATAM, as consumers continue to upgrade. best premium smartphone