Americans rely more and more on mobile devices like their phone

Majority of consumers likely to check their phone within the first few minutes of the day * Over half feel unsafe in mobile "dead zones," especially women

Almost one in four (24 percent) consumers check their mobile phone within the first minute of waking up, according to the 2018 Lifestyles of Mobile Consumers report released today from RootMetrics by IHS Markit, the gold standard for mobile performance benchmarking. The report surveyed 1,200 adults in the U.S to understand how mobile networks and devices impact consumers’ daily lives.

The report proved that consumers are highly dependent on their devices with the overwhelming majority (58 percent) checking their phone in the first 10 minutes of their day. The report also showed that poor connections not only lead to frustrations but also concerns about safety. In fact, nearly half of consumers (47 percent) noted they feel unsafe in a mobile “dead zone.”  While just two in five (42 percent) men noted feeling unsafe in a dead zone, over half (52 percent) of women noted the same, including two-thirds (67 percent) of millennial women. 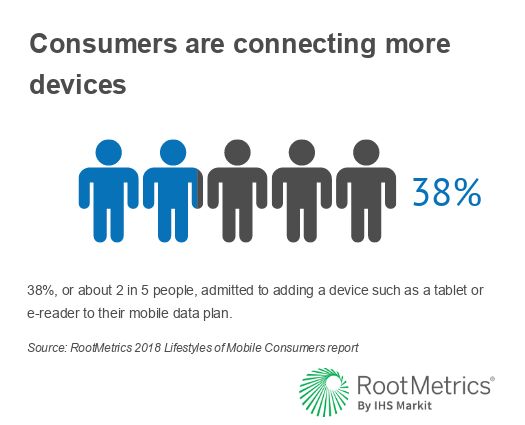 When it comes to assigning blame for poor service, almost half (46 percent) of consumers blame their carriers over location or device.

“A strong mobile network performance is no longer a luxury, it’s a necessity,” said Kevin Hasley, head of product at RootMetrics and executive director of performance benchmarking. “Today’s connected consumers demand a network that can keep up with their daily needs. As the IoT and other mobile technologies continue to evolve, we can expect carriers to invest in improving their networks to meet changing expectations and offer consumers a fast, secure connection.“

Is It OK To Use Text Messaging In Business?

Apr 1, 2020
Stay with us
Search flights
Get Travel Insurance
Would you like to save on roaming?
Top up your SIM card here
Facebook Like?
Worldwide travel adapter